Skip to main content
imbrifex noun im·bri·fex \ ˈim-brə-ˌfeks \ : rainmaker [Latin: imbri- (stem of imber) rain + facere to make]
Based in Las Vegas, Nevada, Imbrifex Books is the publishing offspring of RoadTripAmerica.com, online since 1996. Imbrifex Books publishes award-winning print, e-, and audiobooks. Our fiction, memoir, and travel titles are available online, in bookstores everywhere, and in a variety of retail outlets. Whether you seek metaphorical odyssey or adventure in real life, our mission is to provide you with books for the journey. 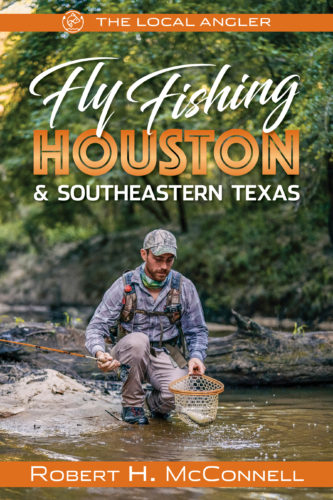 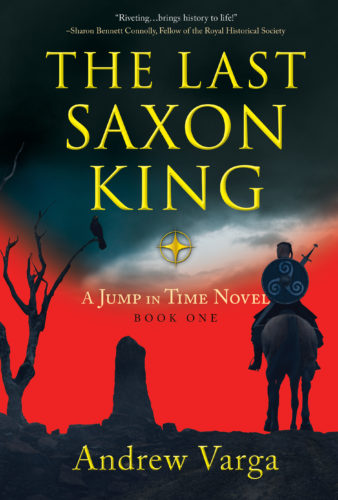 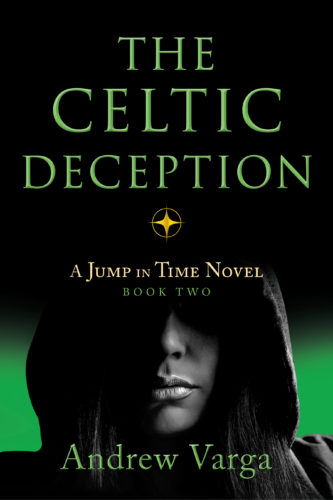 The Celtic Deception: A Jump in Time Novel (Book Two) 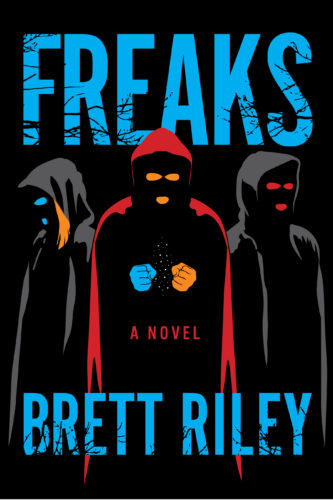 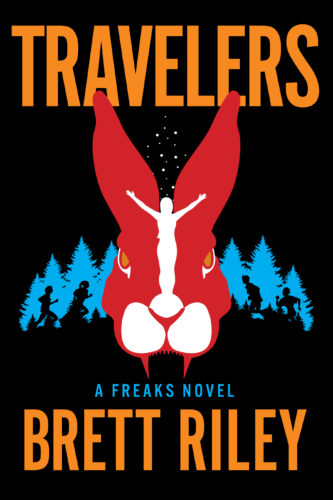 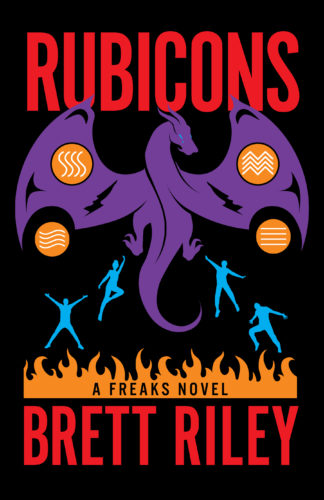 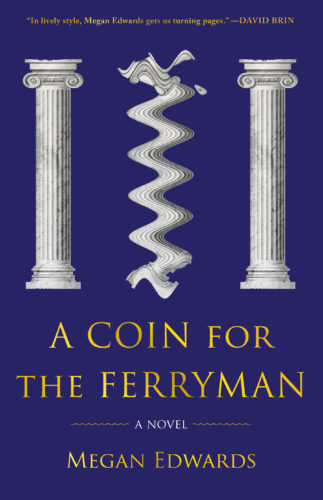 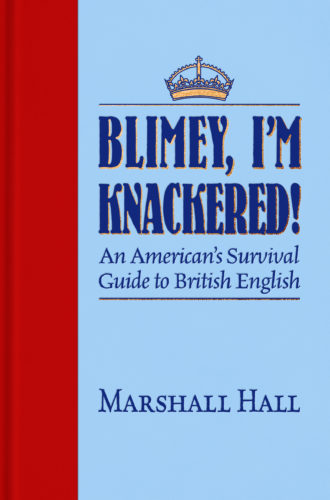 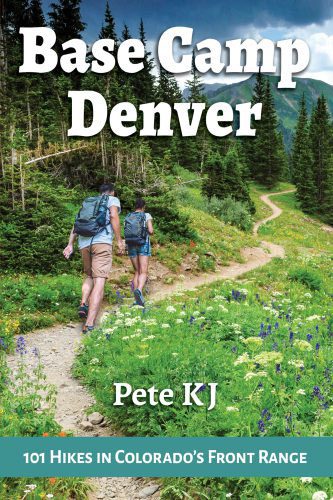 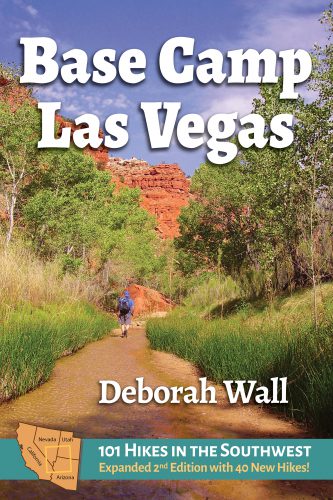 Base Camp Las Vegas: 101 Hikes in the Southwest 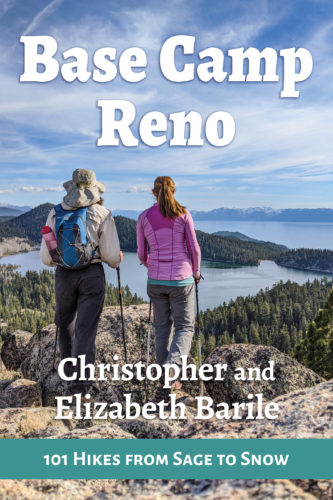 Base Camp Reno: 101 Hikes from Sage to Snow 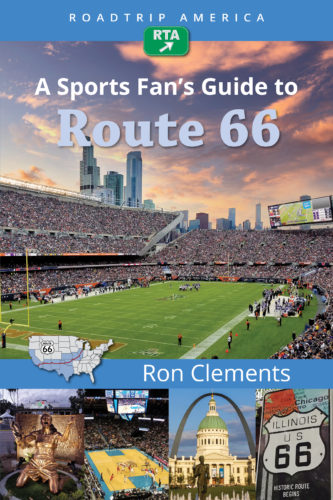 A Sports Fan’s Guide to Route 66 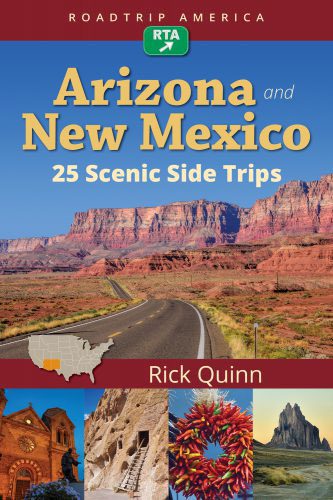 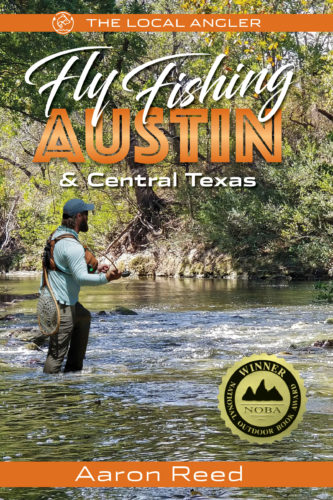 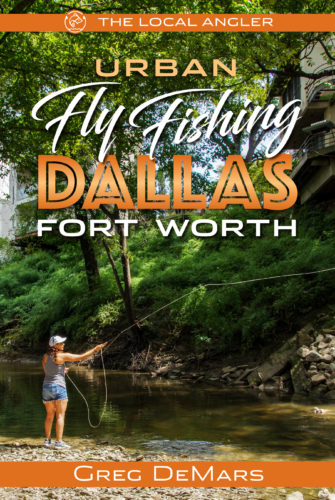 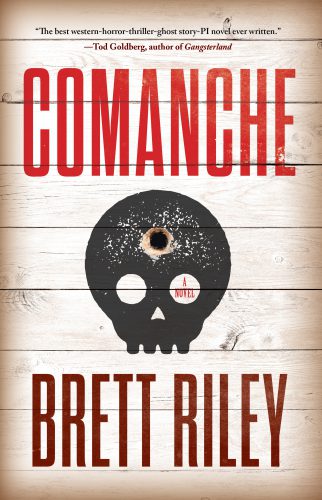 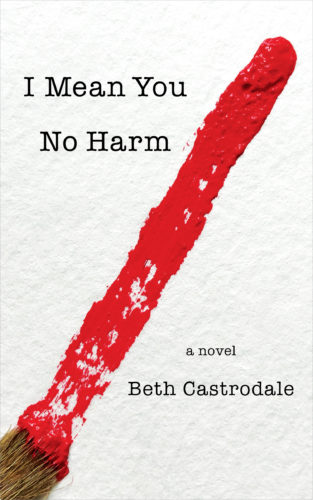 I Mean You No Harm 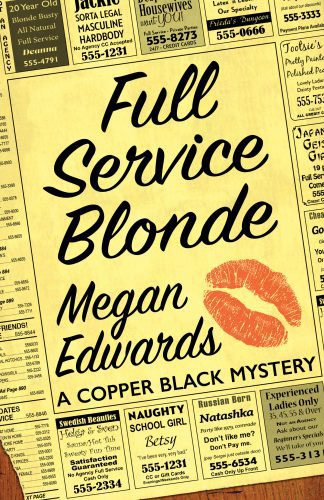 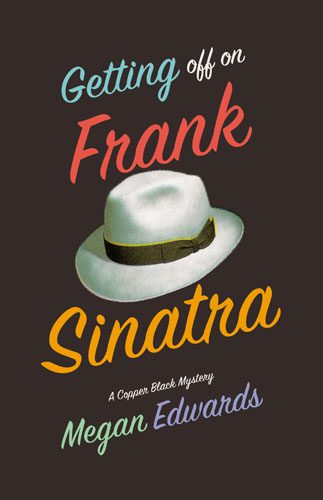 Getting off on Frank Sinatra: A Copper Black Mystery 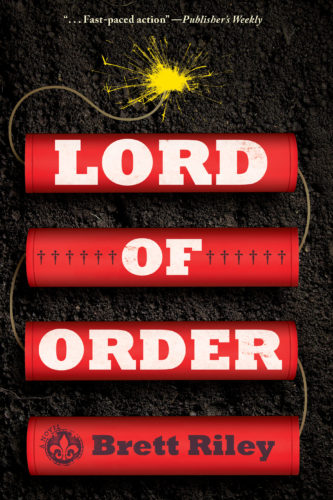 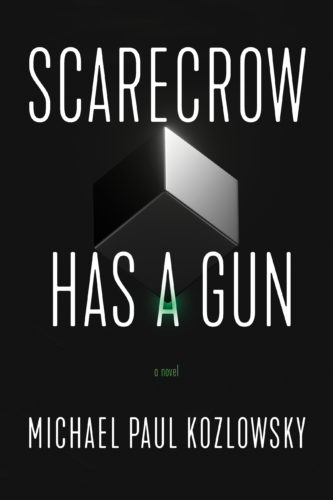 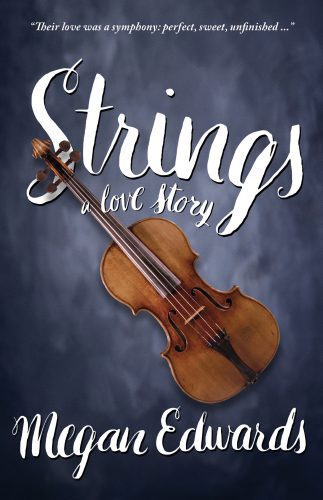 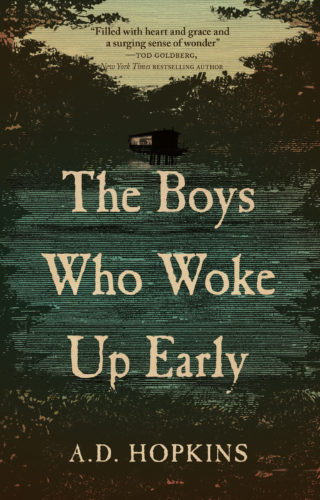 The Boys Who Woke Up Early 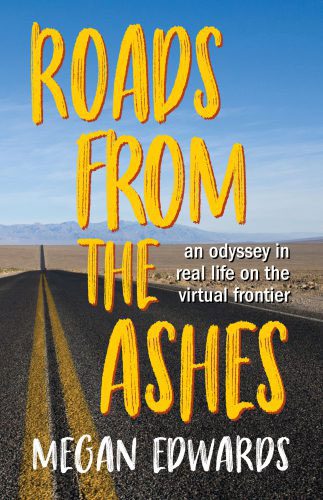 Roads From the Ashes: An Odyssey in Real Life on the Virtual Frontier 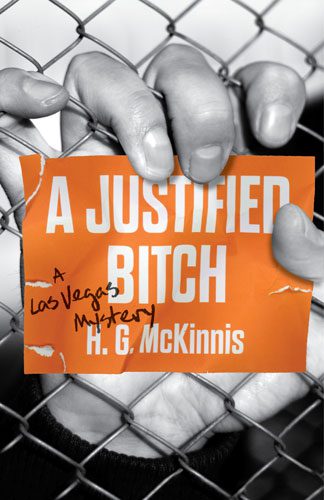 Base Camp Hiking Guides Series:
This is a series of hiking guides based in key American cities where hikers can enjoy solitude and unspoiled wilderness by day and world-class urban amenities by night. The authors of these books are expert hikers who are gifted in sharing tips and suggestions for exploring these hikes. (Base Camp Hiking Guides.)

The Local Angler Series:
The Local Angler is a series of ten guides written by fishing enthusiasts with years of experience fishing in the waters they know best—the ones within easy reach of home. Each guidebook features more than two dozen wades, paddles, or floats described by expert anglers who share secrets and tips about their home regions. With a Local Angler guide, you can discover streams, rivers, lakes, coastal inlets, and even deep sea fishing “holes,” all near major metro areas. This means you can enjoy a relaxing retreat to some of the best fishing spots in America, even if you have only a few hours to spare. (The Local Angler Guides) 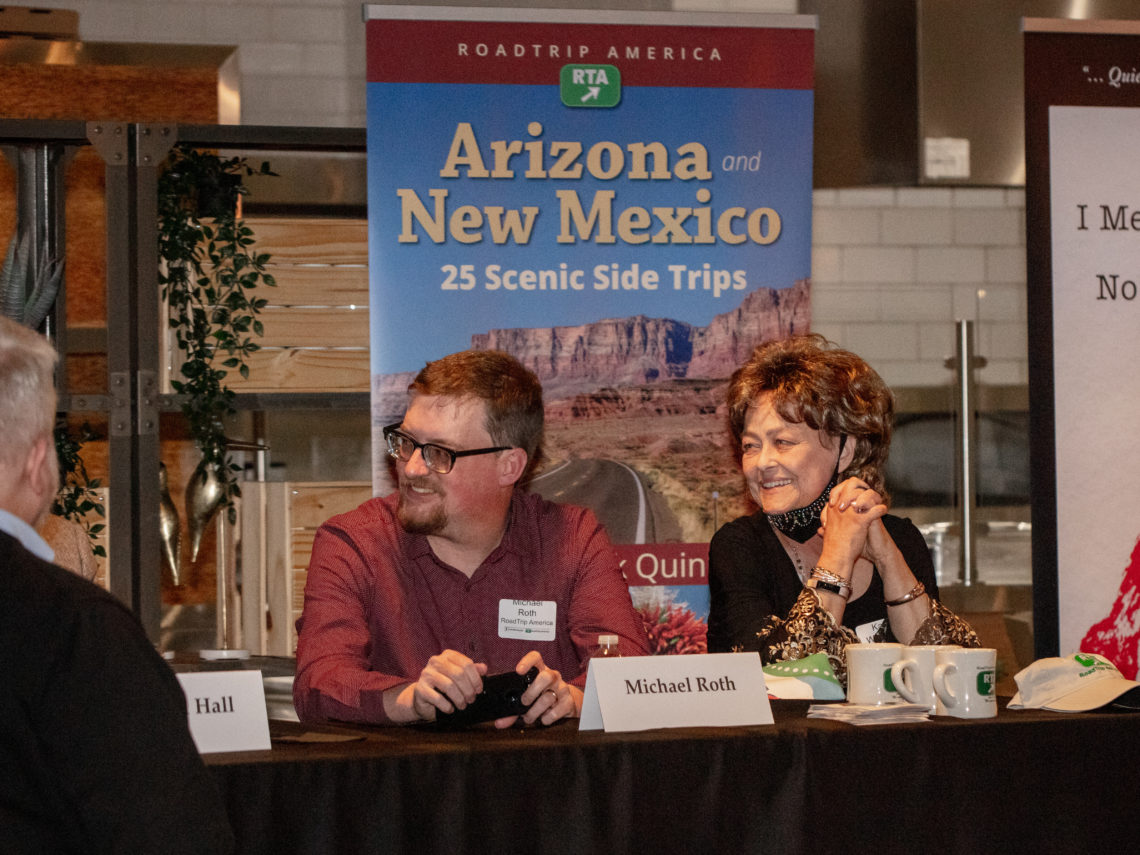 On a blustery, but still beautiful night, 260 book lovers convened at the Divine Cafe as we celebrated the launch of six new books and the 26th Anniversary of ROADTRIPAMERICA.COM. Click here to see some of the people that were there that night!

*Ron Clements recently completed a 15-city book launch tour in support of his new book: A Sports Fan’s Guide to Route 66. Here is a wrap-up report!

* Signed copies of COMANCHE: A Novel, Brett Riley’s debut novel, are available at The Writer’s Block in downtown Las Vegas! 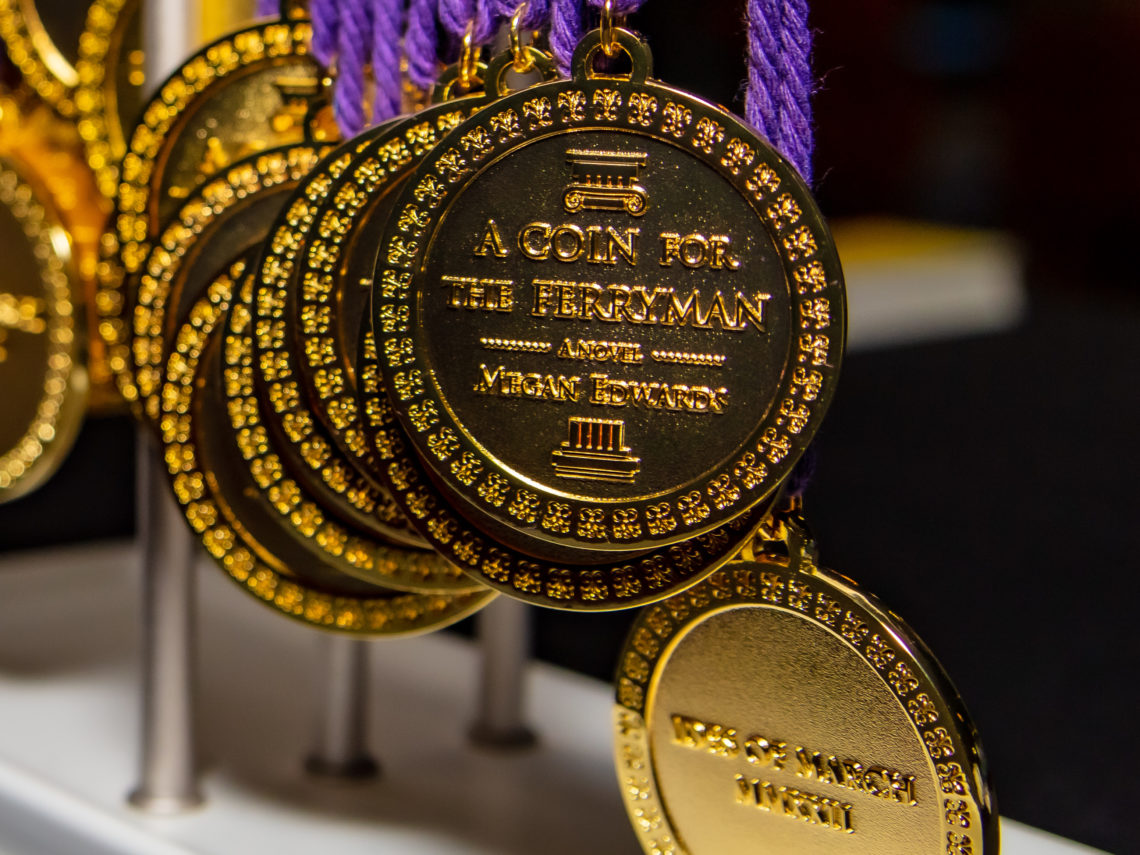 October 15, 2020 –Aaron Reed, author of the award-winning The Local Angler Fly Fishing Austin & Central Texas at a book signing at the Mesquite Creek Outfitters in Georgetown, Texas. This was our first in-person author event since the Coronavirus pandemic began. Craft beer, conversation, book sales, and fellowship were highlights at this event hosted by Cody Hirt at the Mesquite Creek Outfitters store. More information about this book and Aaron’s insider tips about fly fishing in Central Texas can be found here.

September 1, 2020 — The first virtual book launch featured Brett Riley and more than 30 on-air special guests, colleagues, friends and family as he launched his COMANCHE: A Novel to a world-wide audience. Guests from more than thirty states and three countries tuned into the “Brett Riley in Conversation with Harry Fagel” show broadcasting from several locations around the country. Sporting a face mask, Brett signed copies of his book that were pre-ordered through the Writer’s Block Bookstore in downtown Las Vegas. Many of the behind-the-scenes people, including publicists, printers, editors, narrators and cover designers participated in the show. There were five world premieres: two new songs, a new poem, a new cocktail and Brett’s debut novel. Click here to see the recorded show and learn more about the entertainment. About 500 enthusiastic viewers joined Brett online to celebrate the release of his debut novel.

April 4, 2019 — More than fifty hiking enthusiasts from all over the Front Range attended the launch of Pete KJ’s “Base Camp Denver: 101 Hikes in Colorado’s Front Range” at the incomparable Boulder Book Store.
Award-winning caterer, A SPICE OF LIFE, served delicious gourmet hors d’oeuvres and wine to the assembled guests. Here are some photos from this event!

March 7, 2019 — More than one hundred people attended A.D. Hopkins launch for his debut novel “The Boys Who Woke Up Early” at the still-under-construction Writer’s Block in downtown Las Vegas. Delicious hors d’oeuvres hand-crafted by the chefs at Goodwich and an equally memorable “Moonshine Mary Lou” cocktail led to wonderful conversations and a fun party.

April 3, 2018 — An enthusiastic crowd attended the launch of Rick Quinn‘s ARIZONA AND NEW MEXICO: 25 SCENIC SIDE TRIPS at Changing Hands Bookstore in Tempe, Arizona. It’s the first of a planned 10-book series of RoadTrip America Scenic Side Trips road guides. Free downloadable maps based on the 25 Scenic Side Trips are online here.

August 8, 2017 — A JUSTIFIED BITCH by H.G. McKinnis at the Writer’s Block and the Kitchen at the Atomic. Click here for photos!

March 14, 2017 — The first of three Copper Black mysteries, GETTING OFF ON FRANK SINATRA by Megan Edwards. Check out photos of the fun! Other books in this series by Megan Edwards are FULL SERVICE BLONDE and GRAVEYARD BOWLING (to be published in 2024).

The Las Vegas Voice
Hosted by Vogue Robinson, The Las Vegas Voice was a sixty-minute showcase featuring poets, comics, singers, storytellers, and authors that occurred every third Friday in 2019 to 2020 at Spread the Word Nevada located at 1065 American Pacific Dr #160, Henderson, NV 89074. (Gibson and America Pacific).