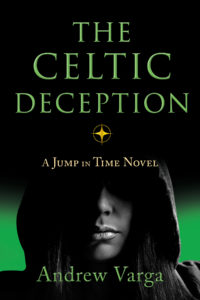 Every second counts in the fight to save all time. Dan Renfrew hates that he’s a time jumper—seventeen-year-olds should not be stuck with the responsibility of saving history. Read more... 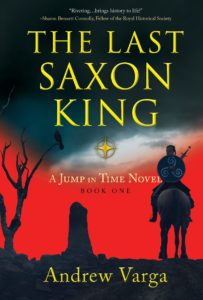 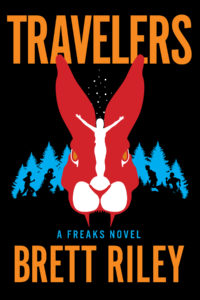 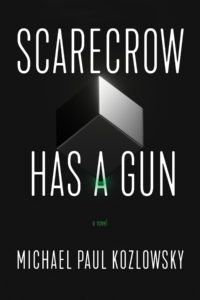 Never trust other people's memories, and watch out for your own Although we’ve all seen The Wizard of Oz, few of us recall that the Scarecrow is holding a gun in the haunted forest. Strange it may seem, but this sort of thing happens all the time. Something jarring—something right in front of our faces—escapes our memory altogether, no matter how many times we witnessed it. Read more...

Purchase Scarecrow Has a Gun 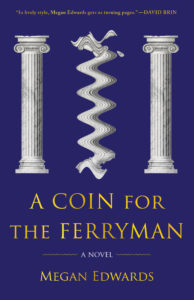 He came. He saw. She conquered.
In 1999, an elite interdisciplinary team headed by Nobel laureate Andrew Danicek gathered in California to carry out a ground-breaking time-travel experiment. While the rest of the world remained unaware, Julius Caesar was successfully transported from his last Ides of March to a specially-constructed covert facility.

"Fascinating characters and their often sad stories coalesce into an unforgettably wonderful tale of time travel and its consequences, thrilling one moment, tragic the next. In its diversity of settings and languages, its intelligent combination of experimental science with high culture, A Coin for the Ferryman creates a world in which Caesar emerges as a grand figure who is also a believably flesh-and-bone man, unperplexed by any adventure. Colossus though he is, Caesar cannot distract a reader from Cassandra, whose honesty and sensitivity render her a woman too strong to be hobbled even by historical inevitability."--W. Jeffrey Tatum, best-selling author of Always I Am Caesar, The Patrician Tribune, and Professor of Classics at The Victoria University of Wellington.

"Megan Edwards’ Julius Caesar takes charge of the narrative from the moment he appears. Neither the big brains of CALTECH nor the bright lights of Las Vegas intimidate him for an instant. Highly enjoyable!”–Greg Woolf, the Ronald J Mellor Professor of Ancient History at UCLA, and author of Et tu Bruté, The Life and Death of Ancient Cities, and Rome: An Empire’s Story.

“My love for Rome is eternal! You move through captivating twists of events with a plot within plot buildup. What kept me pondering even after I finished up the book was the part that was it all really fiction? What is myth – to me it’s only a fact with no evidence OR proof of the statement. But in this modern age, it doesn’t take time to gather facts and convert fiction to reality. From the days of Galileo to the present every fact was first considered either madness OR a myth. To me, this book presented that capability.”–Yamini Pandley, Goodreads.com

"In ironical concert with her detailed and daring fictions, her every account rings true. Indeed, historiographical theory informs the invented dialogues with Caesar as conqueror and writer of commentaries, of which the very Latin name avers, “made up.” –John Van Sickle, Professor of Classics & of Comparative Literature, City University of New York, Guggenheim fellow, and author of Virgil’s Book of Bucolics, the Ten Eclogues Translated into English Verse and The Design of Virgil’s Bucolics

“This is the best book I’ve read ALL YEAR. It was SO GOOD. I swear to god I haven’t read a book this good in so long I actually cried when I finished it. I’m not at all exaggerating. This is a new favorite book of all time for me. Whether or not you were considering reading this book, just do it. It is so enjoyable and interesting and intriguing from the very start.” 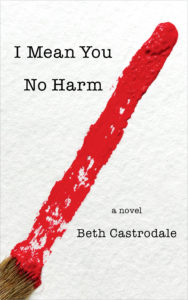 The enemy of my enemy is my sister Her father is a career criminal, her mother the victim of an unsolved murder. When her long-estranged half-sister suggests a cross-country road trip with a sketchy but gripping goal, a young artist embarks on an odyssey into the very heart of danger.

"I Mean You No Harm is many things: murder mystery, adventure tale, page-turning thriller. But at its heart, the story is a tender exploration of family, betrayal, and self-discovery. Ms. Castrodale seamlessly unites all these elements for a fast-paced, unforgettable read."--Amanda Skenandore, award-winning author of The Undertaker's Assistant and Between Earth and Sky. (01/22/21)

"Beth Castrodale brings her considerable talent for prose to crime fiction in a novel layered with insight about the human experience. This fast-paced and expertly plotted literary thriller will keep you on the edge of your seat. You’ll continue to think about the richly drawn characters who inhabit the story, particularly the estranged sisters whose relationship sits at the core of the novel, long after you read the final sentence. Tense, exciting, and full of heart, I MEAN YOU NO HARM will keep you turning pages long into the night!"--Edwin Hill, Edgar- and Agatha-nominated author of Watch Her. (01/23/21)

"Filled with quiet humor and keen observations, this novel turns up the heat page by page, pushing the protagonist to her limits."--Audrey Schulman, award-winning author of Theory of Bastards and The Cage. (01/03/21)

Purchase I Mean You No Harm 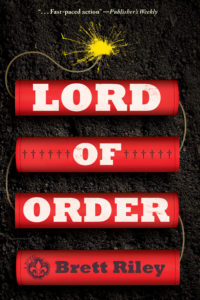 LAS VEGAS, NV — A.D. Hopkins, a native of Stuart, Virginia was named the gold award winner for Best New Voice, Fiction in the prestigious IBPA Benjamin Franklin Awards program for his novel THE BOYS WHO WOKE UP EARLY.